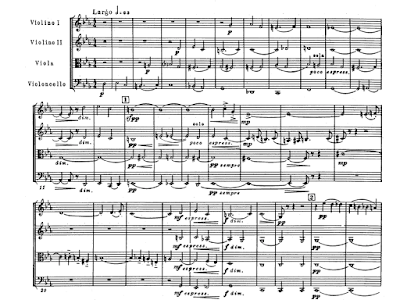 Shostokovich reluctantly entered the Communist Party in 1960. The eighth quartet was premiered in 1960 in Leningrad by the Beethoven Quartet. In the liner notes of the Borodin Quartet's 1962 recording, music critic Erik Smith writes, ‘The Borodin Quartet played this work to the composer at his Moscow home, hoping for his criticisms. But Shostakovich, overwhelmed by this beautiful realisation of his most personal feelings, buried his head in his hands and wept. When they had finished playing, the four musicians quietly packed up their instruments and stole out of the room.’ (Wikipedia)

Pressed my hands against my eyes

while my friends packed their instruments

and left the room without a word –

as if a stranger had written it!

and my dejection had entered the Party.

What hammered on the door at night:

but the knocks of suicide.

Music had been a word for opposition

when the concert hall sweated suspicion

and integrity was a case for psychiatry.

And now? What a bitter taste of betrayal!

But at the same time this lingering cello.

Such a light confusion.

The quartet, still in the room,

the shivering soul on board.