Brand-new elephants roamed through the jungles.

Brand-new whales splashed down through the oceans.

God had slapped them together,

He wiped His hands clean.

'Now for the hard part,' He thought.

He took his workbench into the garden.

Delicately He placed in the bee's sting,

Not trembling in the slightest. 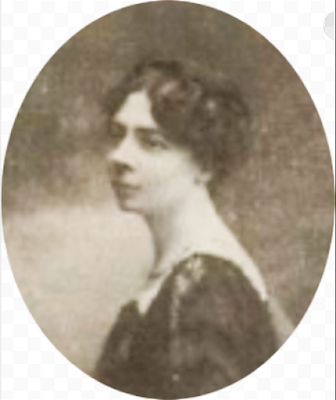 November on our May-time rose trees blooms once more.

And in the air I sense the scent I loved before

Of orange trees, in garden hours when bliss was all.

The petals that a supple breeze sowed everywhere

Seem strewn along the tree-lined path. And startledly

The weeping willows hear a knell sound in calm air,

Still wear a sable veil that lends them mystery.

Just as the sky in spring the autumn sky is chaste,

Beneath tall cypresses that prick an azure sieve

All Souls’ Day opens out as does a festive day.

Along the clear paths, though, where we once made our way

All on your own, you sleep… All on my own, I live.

Half-dead he was found near the meadow stream

by Marsh-Dame from the moor – and her son he became

and he ate of her meagre coarse bread,

a thrall and workhand his lot was to be,

the meadow was known as the Foundling’s Lea

and Marsh-Dame she tired and was dead.

As a serflike thrall he bore resigned

the yoke of his toil, and in body and mind

A helpless ache in his eye I once spied

to escape earth’s constraints that were tightly tied

and a thirst to first tire and then die.

No laughter came from him, to speak he was slow,

and like falling stones were his yes and no

if spoken to – always the same.

He dug the earth, carried sand and stones

and never rested his aching bones

until, sunless and cool, evening came.

He would huddle then on his tattered old bed

and hide from the dark in mortal dread

and bathed in a smothering fear.

He often woke up in a beady sweat

and quaked at something he only had met

So day after day and year after year

so bloodless, so cold, with no joy nor tear

I saw how he lived out his life.

And if he thought something, then nobody knows

within reach of his heart no one came close

with prayers, cunning or knife.

One evening then as it grew late

a stone from a rockface fell on his pate

and his evening turned into night.

Since when confused and red was his eye,

he dragged his feet, his mind was awry

and his speech in a sorry plight.

No more did he toil among earth and carts

but roamed along roads that no one charts

night and day, in shadow and light.

And one evening when rainclouds filled the sky

I’ve heard to his childhood home he came nigh

and his mother’s house sought for the night.

And he found it – deserted, empty and locked,

its window with rags and with planks quite blocked,

its garden with weeds everywhere.

And he smashed the planks until all was bared,

then through the window panes wildly stared

and saw his own face there.

’Is it mother? Dear mother, please let me in!

Can you hear the thunder making that din,

see the lightning in the north sky?

Aren’t you there – where are you then today?

mother’s ill, she is weak and may die!

She’s unable to walk – she is old and blind,

maybe in the cold attic I her can find –

And with bloody hands he battered apace,

and a terrible draught swept in through the space

past the window’s shattered remains.

He stormed up the stairs to the loft so bleak

now crimson with fever and blood on his cheek

and eagerly searched straight away.

But nothing he found, only paper and junk

and heard only the western wind’s crashes and thumps

among planks and old things in decay.

And he then rushed downstairs amid shouts and tears

and wet ash had lain in the stove for years

that was swirled by the storm wind’s play.

Through the wide-open hole the rain now swept:

‘Why did you leave your home?’ he wept,

‘Did you stray out on Foundling’s Lea?

The Lord is my father – you, mother, are earth,

and your son’s crowned in blood, of little worth

at your bed as empty can be.’

His brain spun round as if in a sling

with ghosts and trolls in a howling ring,

till he gave out, both tired and ill.

In a rag-strewn corner he made a bed

with sacks as blankets and mumbling said:

By a wooden church under distant skies

and wild flowers spread without cease.

Deep under the grass is his quiet berth,

he is now at rest with mother and earth

in a lightless and endless peace.

To see the original ballad, go to here 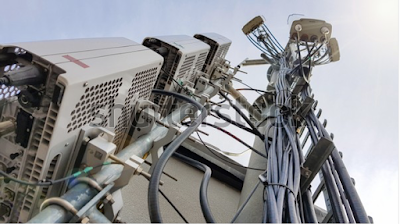 When the earthquake came to Mexico City

four storeys fell down on top of us.

There were around of us seamstresses,

most of us with no papers.

The government office had moved out

because of the danger of collapse

and the factory taken over the risk.

After that heavy antennas were allowed on the roof.

They were said to weigh 40 tons.

How much did our lives weigh?

and death said to me

i will give you three years more

if you will stop pos

ing and putting on

an act all the time – will stop

and putting on airs

okay i answered that's a

deal – but in that case

you are to stop hood

winking me and leading me

ago – and they're still

standing – they pop up every

such mushrooms both a bright red

and so what – they grow

only in fairytales at

the back of my mind

it is as if re

ality has become too

real at the moment

has decided it will add

and shown us how frail

the world is that we had con

ble a year ago

but wait and see in a month

it will be fake news

in just a month life

has turned into a struggle

for rye bread and toi

was needed for this than a

screen is as beautiful as

no more was needed

for our own frailty to

at the world's end stands

the tree of life and that's where

ing that's the way it

is and there is nothing one

can do about it

unfucked about not com

so write myself out

of this poem to music

now it was my turn

to place a book under my

pillow and to sleep

er words in my dreams than my

own ones other red

flies from the B-pages of

the black book other

hopes for the fu

ture that i can no longer

expect to be mine

a singers' war at

if only then it could

match the notes in yahya has

i try whistling: time to say

goodbye but that does

not help in the slight

est – for it is still singing

away as i write

and all the deaths taking place

spring is on the way

one thing is knowing

oneself (to know what a self

living it – god all-

flaming mighty – it takes an

do it or as some

du bist – it takes quite

(with the stress on takes)

i walked over to

the wood to pay a visit

to the tree i've called

the bark at one place has split

off and has formed a

heart both in the tree

trunk and in my gaze i saw

that it was bleeding

green but took that as

neither a good nor a bad

and it's all the same

when it really comes to it

for perhaps i lost

way more than i actual

ly found myself – or

maybe i more in

vented myself as a kind

of proxy or pseudo

self or what one could

perhaps also give the name:

thank you god for al

lowing me to write this great

i mean i could just

as easily have been dead

at the age of twen

poets and then there'd

only have been yggdrasil

to show – so thank you

i am writing my last poem

nothing more to say

no more nonsense and

no more poems either and

no more words from me

death will not mark the

end of my authorship – i

will do that myself

did you hear it zip?