god knOws if on the

quiet i Am not a sec

just look at my po

just look at my De

votion to brorson and e

i am bloody well

convinced that i'm a genu

as a result Of

which i visit god's Acre

the incorruption of the

the bodies stooD upright in

their Graves) and in or

that the spirit rules but the

Until old age is knelling;

So many things it can recall,

What tales it could be telling.

We once did see its blossom-haul

Each branch with fruit was swelling.

You must not think of felling!

Now to be journeying I yearn

But yet the truth in part is

One does but travel to return,

For home is where one’s heart is.

When this old tree stands blossom-tall,

You must not think of felling!

(don't let it fall and never

turns out to be a

that sMells so sweetly

as the nape of my

and the last time i

mentioned it was when

dexter Gordon died and it

was in glorious bloom

i ought to have

in black and violet

a sonnet that praised his

as if he is blowing

over empty beer bottles and i’ll

certainly do so one fine day

preoccupied with a small

oddity in his playing

i’m talking about the minimal

lag behind the beat

that is so character

the slight delay between

what he plays and

what he actually plays

the small rubato between

up and that he would

notes when the piece

had come to an end

that of course is not

the case – by means

of his technique dexter gordon

ends up rather playing more

own playing by means of

to interpret not only

what he has played but

what he is playing right now

in reality it is the

between life and art that dexter

gordon is demonstrating and

who knows is maybe trying

to drown out with hisT

to hold life and art

together in one moment

do you get me? – dexter gordon

is extending the now in extremis

To see the whole collection, go to here

i no longer Oc

cupy myself As much with

that which took place in

the past as with that

which i reMember - Dickens

wrote and i take this

count and make it mine by ad

dinG that i occu

py myself just as

much with that which i have com

i opened a boOk and

A powerful sMell of cloves

wafteD out of the

paGes - and in the

book i opened there stood: the

from its box - when he

opened it there was the

clove buds – now was this

merely chance or was it planned

i play things all ex

at stAke the whole tiMe

and DurinG the few

nothing at all i

am bushy tailed and

raring to go - which is a

bit strange in a way

but the converse on

the other hand would be quite

In the oldest layers of my soul,

where it is made of solid stone,

there as a fossil fine and pale

the stone-flower of your face has grown.

There's no escape, I see that plainly,

sole bloom inside my stone you're cast.

The opulence of old is past –

to part us though all would seek vainly.

the next day on the

other hand luck is with me

i hit a hole in one

in the process of playing

golf) this is just a

ing it: that i got a bull's

eye which in turn is

of saying it: that i found

A landscape alive with invisible lines

A cloud obscures your afternoon

Who is moving out there? Who is it smiling

In an alien realm of sloe and silver?

Behind the sky's great sail-sheets the same light

And you know what that signifies

This heart-throbbing that is carried to you

Over expanses heavy with salt, it is the boats

The ray from the eaves finds its curve

The apple fleshes out its form in the rain, calmly

You are all that is missing

Forget it: now it grows lighter

And this scent of clover

The lovers have reached the sea.

clean spirit may well have been

seared with a zippO

lighter And the heart

swept and adorned (the achy

breaky heart) but what

and its kinGdom come?

All that is beautiful dies, that the spirit shall gain no contentment

In its debased human state: longings shall thus here below

Man’s bosom forever consume, like the lamp in a dark night-time dungeon,

Which, at the dread dead of night, a mark on the light of the sky.

Man! it is not what you own, but what you long for and crave for,

The glorious you can but own by suffering great deprivation:

All that it beautiful dies, the world of the symbols knows change,

And in different signs the One expresses itself.

Delve into all the world’s annals: there centuries lie in succession,

Like strata washed up on the shore, deposit and trace of the spirit.

The globe is a ruin itself, and, like mould growth on crumbling walls,

Out of the granite’s great rifts sprouts what will later be spring.

No single thing can stand firm through the rise and the fall of the ages,

No single thing ever was, is and will be as before:

It is eternal life which, like blood from the heart, courses

Through all of nature, flowing outwards and later returning;

So too the soul shows itself, its mien always changing

Its features uncountable, constantly one and the same.

Therefore there only exists that where the One does reside,

Only the idea, as shield, wards off what passes away.

In your life’s great work of art you therefore present the idea,

Attune yourself to your own nature, that nature eternal as God,

Otherwise you will be lost, like bubbles that burst on the sea:

The sea still remains but where is the bubble, its bright-coloured child?

Should the idea though transfuse your profound and significant life,

You are immortal – in God as God is in you.

Otherwise was it of old, otherwise will it be later,

The future another repeat of time that is past.

Yes! there once was an age when nature childlike did express

With imprint most faithful the eternal traits of the father,

When it had not as yet, like ripening fruit, left the bough

And in its bold fall become free though ephemeral.

Still behind the eclipse of the past the golden sphere rolls,

Poetry it still retains in its rhythmical bands;

Thither do all longings swarm, like castaways, who from the rock,

Naked, in direst distress, see far off the bay that they crave.

Was is the plaintive myth, shall be the joyous prediction,

Myth and religion, fond memory and much desired hope,

Poles of time constantly seeking each other in vain,

Until they melt into One, there where time is no more. –

Self-seeking Present, whose roothold is only the moment,

World-life for you stands in its winter solstice;

Necessity you do defy and flaunt freedom’s sceptre?

Free in defection are you, your freedom the choice of a yoke.

Know then that selfdom is raging rebellion in nature,

And sin that is monstrous freedom’s gargantuan child;

Selfdom the son’s great revolt against what life has granted,

Nor does the death of the son atone for the crime –

So may you perish, nature, like fever’s groundless delusion,

And cured from you, slowly, with passage of time,

May the life now engendered strive for the world’s blessed heart,

And in unity’s lap, sonnet, may consciousness die. 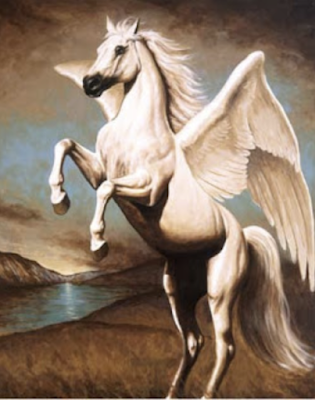 in my sleep and it had nei

ther wings nOr hooves of

it definitely was not

rather a sort of

in the winter colD and when

I said pruuh to it

it answered by say

The scent of lindens

At doorways of the farm, where mastiffs silent lie,

The scent of lindens spreads and everywhere would creep;

Prologue divine of summer that will soon be nigh.

The scent of lindens and pale night now gently drift

And penetrate all hearts with mild enchanting charms.

In the warm gentle evening, as in a lover’s arms,

The wind-caught torches yearn with longing young and swift.

All is astir. One hears the skyline’s heaving girth,

The palpitating, sensual and heavy earth

My lips to lips of gods I firmly now apply,

So much pours out, invincible, invades the sky,

A reek of kisses, clasps and spasms smothers me.