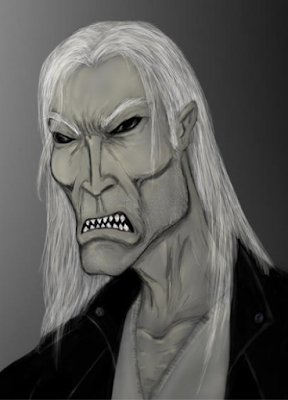 Thought I understood the song of birds.

As if I had killed a Wagnerian dragon

and a drop of blood had fallen on my tongue.

Yes, thought I heard the pain of nature

and had been accepted as its emissary.

What a pathetic attempt at a return!

Of that which once was Orpheus

all that remains is a clacking jaw

with mould and murmurs instead of song.