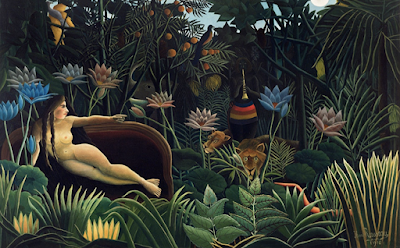 ‘Where, my dear Charles, did you find this sumptuous greenery? The corner of a hothouse at T-t-Trent or T-t-Tring?’

Most people made the acquaintance of the ITV series in 1981 before ever reading ‘Brideshead Revisited’. That same year, Jeremy Irons also starred in the film version of The French Lieutenant’s Woman. I had once seen Jeremy Irons on stage in Restoration comedy in Reading, of all places, in 1976, and been asked for the first of umpteenth times whether he and I were related. No, we are not.

Jeremy Irons’ future success was assured after 1981. Mine was not. I had just lost my father, and my marriage was on the rocks. I was stranded in the SW corner of Sweden, and my job in Odense was on the line. Come back, or resign.

Et in Arcadia ego, the first section of the book, is a key concept. The arcadia that Charles experiences as a young man turns out to be a poisoned paradise, one that will eventually completely stifle his art and his capacity to develop as a fully sensing human being. The aristocratic world of the Flyte family is one of outward charm and sophistication, but it produces stunted human beings. The Marquess of Marchmain escapes to Italy, where he lives with his Italian mistress, but Charles is seduced. He cultivates a safe image as an artist who paints stately homes instead of exploring all of his personality. On returning from a journey to South America to portray buildings there, an apparent advance, his masquerade is mercilessly commented on by the shameless aesthete Anthony Blanche, an acquaintance from his time at Oxford. When asked by Ryder what he thinks of his new work, Blanche replies ‘It was charm again, my dear, simple, creamy English charm, playing tigers.’ He continues: ‘Charm is the great English blight. It does not exist outside these damp islands. It spots and kills anything it touches. It kills love; it kills art; I greatly fear, my dear Charles, it has killed you.’

Brideshead was published in 1945 and described an upper-class world from the 1920s onwards. Even so, I met Charles, Sebastian and Anthony in many forms at Cambridge and Oxford in the 1960s, where charm and Arcadia still were in full swing, probably still are. I left England in 1968 to try and chase tigers.